Home » 12: Begin with the End in Mind – Your End Game in All Leadership Assignments

12: Begin with the End in Mind – Your End Game in All Leadership Assignments 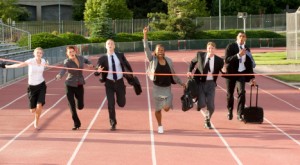 Here are some famous failures who refused to quit, and mastered the art of ending.

They Began with the End in Mind – and the planet is better for it.

It’s always good to begin with the end in mind:

Do you have an end in mind? ?Successful CEO, pastor, top musician, a teacher who excels at helping students, star athlete, very successful business person, top notch medical professional, amazing mom to your kids, etc….
Applies to your leadership

When I was young, I had no clue what the long range plan as. ?But I did know a few givens:

THREE FACTS ABOUT FINISHING WELL: Whatever you feel called to?.

Fact Number ONE: ?Many People Don’t Finish Well
They burn out
They rust out
They flake out
They bail out
They freak out
They walk out on?their dreams
They settle for WAY less than what they aspired to when they were students

From the Francis A. Schaeffer Institute of Church Leadership Development
Here is research distilled from Barna, Focus on the Family, and Fuller Seminary, and others:

FACT Number TWO: It is tough to Finish Well?

2 Corinthians 11:24-28 Five times I received from the Jews the forty lashes minus one. Three times I was beaten with rods, once I was stoned, three times I was shipwrecked, I spent a night and a day in the open sea, I have been constantly on the move. ??.. ?I have labored and toiled and have often gone without sleep; I have known hunger and thirst and have often gone without food; I have been cold and naked?. (you get the idea)

Numbers?11:10-15 Moses heard the people of every family wailing, each at the entrance to his tent. The Lord became exceedingly angry, and Moses was troubled. He asked the Lord, ?Why have you brought this trouble on your servant? What have I done to displease you that you put the burden of all these people on me? Did I conceive all these people? Did I give them birth? Why do you tell me to carry them in my arms, as a nurse carries an infant, to the land you promised on oath to their forefathers? ?I cannot carry all these people by myself; the burden is too heavy for me. If this is how you are going to treat me, put me to death right now ?if I have found favor in your eyes?and do not let me face my own ruin.?

c. Discouragement is the number factor to take you out:

There was a time in my ministry when I was so discouraged I wrote my resignation letter to the chairman of my board. ?It was amazing! ?And tweaked it many times over the years–I just never sent it in!
The prayer of the reluctant leader from Exodus 3 “Lord, just send someone else!”

Deuteronomy 34: 7,8 And Moses the servant of the Lord died there in Moab, as the Lord had said. Moses was a hundred and twenty years old when he died, yet his eyes were not weak nor his strength gone. The Israelites grieved for Moses in the plains of Moab thirty days, until the time of weeping and mourning was over.

1. When you fall down – get back up. ?AND YOU WILL FALL
Thomas Edison: ?”Many of life’s failures are people who did not realize how close they were to success when they gave up.”
2. When people let you down – forgive them and keep your eyes on Jesus ?AND PEOPLE WILL LET YOU DOWN
3. When you let yourself down – give yourself a lot of grace and learn to laugh at your mistakes. ?AND YOU WILL LET YOURSELF DOWN
4. Choose to be Extraordinary ?- That is “ordinary” with the word “Extra” in it. ? If you have a passion burning inside of you, don’t let anyone put that fire out!

Book to recommend: ?The Making of a Leader – Dr. J. Robert Clinton, NavPress

Quote of the Show: ?Thomas Edison: ?”Many of life’s failures are people who did not realize how close they were to success when they gave up.”

All Posts »
PrevPrevious11: It takes Courage to Lead – Notes from the Willow Creek Leadership Summit
Next13: Three Tips for Leading People Through Change PART ONENext