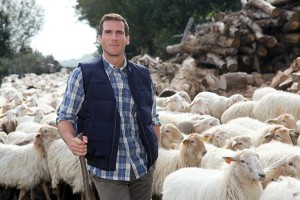 What we will cover today in this podcast:

Today?s Podcast is brought to you by the letter??S?. ?That is a letter that gets a lot of action! S is for???Servant?Spirit.?We are going to unpack the true nature of?Servant Leadership – A topic I find is very confusing. ?I have shared about this?important?topic in past episodes, but I?have?some?fresh?new insights for you today.

“There’s a great deal of talk about loyalty from the bottom to the top. Loyalty from the top down is even more necessary and is much less prevalent. One of the most frequently noted characteristics of great men who have remained great is loyalty to their subordinates.” ?- General George S. Patton, Jr

1. Here is some great listener feedback:

Service above self.
I believe that every good leader is able to understand the needs of others and act in order to provide that which is needful. A leader does not seek to gratify his or her own immediate desires; rather, he or she understands that by helping others ?meet with success unexpected in common hours? (Henry David Thoreau), the group as a whole is successful. Many different types of people can be considered leaders. Some come in small packages such as the kindergartner who shares his or her snack. Others come with grand and important titles such as?The President of the United States. Still, others can be dressed as you and me. It is the everyday people who can become some of the greatest selfless leaders of all time.

This selflessness does not need to be accompanied with pride, arrogance, or self-achievement; rather, with humility and a subtle fashion. We can learn a lesson from the thoughts of King Solomon from Ecclesiastes 9:17 ?The quiet words of the wise man are more to be heeded than the shouts of a ruler of fools.? Serving others with wisdom enables the leader to act as a mentor and guide those who are seeking to follow the paths to success and curtail followers from journeying down a straying path.

2. The Dave story:? The car that love bought.

I have a friend named Dave, who is CEO of his organization. They recently presented him a check for a car (not a brand new car, a new car to him). I would like to share what he wrote about this, which he called: “The Car That Love Bought.” (He has given me permission to share his story)

?The car that love bought? ? one of my friends coined this phrase as he was coaching me in the purchasing process of my ?new? car.? This is an apt description, and I want to thank you for your part in this special gift.? I was blown away, utterly shocked, and completely?surprised at conference when presented the oversized card with the oversized gift of love of $11,630 designated for me to replace my worn down 1996 VW Cabrio.?? I am so grateful for this expression of love! (Joyce and I were amazed that we were the?only two at conference?who didn?t know about this?)
I cried tears of joy when I received this gift at the end of conference, and I again shed tears of joy when I recently drove away from the sales transaction in my 2001 Mercedes-Benz, 320 Roadster hard top convertible!? I have never in my life dreamed I could own such a beautiful and fun car.

I have known Dave for twenty years – he is the real deal and deserves it!

Why did Jesus use the shepherd analogy for leadership? I think He used it because shepherds keep a lifelong commitment to staying with their sheep. It is a life of sacrifice.

In his book While Shepherds Watch Their Flocks, Timothy Laniak interviewed shepherds all over the Middle East. In Jordan, he asked a bedouin, ?What does it take to be a shepherd?? Sitting in his tent, the shepherd replied, ?What really matters is that you have the heart for it.?

4. Contrasting Two Paradigms: What a shepherd attitude is and is not

The former CEO of British Petroleum, Tony Hayward, became a PR nightmare for his company during the Gulf oil spill in 2010. In the middle of the crisis, he was quoted on international television as saying, ?I?d like my life back.? He also said at the White House in front of rolling cameras, ?I want the world to know that BP cares about the little people in the Gulf area.? It wasn?t long before he had to leave his job in great humiliation.

Shepherds versus hired hands?.
or to put it?another?way:

First, my Definition: When the leader cares more about the good of the team than his or her own enrichment.? – Hans

Here are the primary differences between servant leadership and self-serving leadership:

I also want to give you a warning against slave leadership – from my time in China. ?When discussing her team, a lady I spoke with after a talk said: ??They all feel like they own me 24/7! ?And they get?annoyed?if I?don?t?answer text messages right away.”

Again, it is an attitude. ?A state of mind. ?A framing of the heart. My definition: When the leader cares more about the good of the team than his or her own enrichment.? – Hans