Home » 74: Review and Look Back at the “Learn to Lead? Series

74: Review and Look Back at the “Learn to Lead? Series 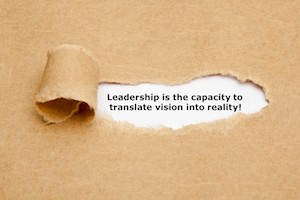 Thank you soooooooo much for being a listener!

In today?s show, I am going to look over this ten part series and want to ask you the question: Which meant the most to you? What was your most helpful concept? Please go the hansfinzel.com/engage and let me know!

Using the acrostic L-E-A-D-E-R-S-H-I-P, the series lays out the ten skills in these ten episodes:

I hope as I go through these 10 past podcasts on a quick summary fashion, you might be interested enough to go back and listen to some that you missed. HansFinzel.com BLOG PODCAST ARCHIVE

To keep this show to around 30 minutes, that is about 2.5 minutes per letter! We might have to break the 30 minute barrier for the program today, but I won?t charge you more!!!

?The most notable trait of great leaders, certainly of great change leaders, however, is their quest for learning. They show an exceptional willingness to push themselves out of their own comfort zones, even after they have achieved a great deal.?J. Kotter, 19

How do you feel if you are not listened to?

Leaders often love to talk. They enjoy listening to their own great pearls of wisdom and insight. Sometimes they even begin to believe their own press reports. And as they gain more authority, they have less reason to listen to subordinates. Have you ever noticed that there is much more horizontal communication in an organization than vertical? Coworkers are always talking about everything, but the communication between those coworkers and their superiors is much less frequent and much more formal.

Emotional Intelligence counts for twice as much as IQ and technical skills combined. According to research, performance success is one-third IQ and two-thirds EQ.

Emotional Intelligence is made up of 5 skill sets: (From Leadeshiptrasq.com)

Developing these skill sets will affect how you manage your behavior, navigate social complexities and make personal decisions that will achieve positive results.

A – Accessibility and Vulnerability

Some people like my wife have no problem opening their heart to anyone and everyone. But for others, We have to work at vulnerability.

I have devised a simple test to determine whether you are task or people oriented. When you are working at your desk, and someone comes up to talk to you just for conversation, do you stop work, smile, and chat until the conversation comes to its natural conclusion? Or do you grimace inside and do anything you can to get the conversation done as quickly as possible. If your answer is the latter, than you are one of us: the ?Type A? personality who tends to measure success by getting our lists checked off.
This personality type is often described as impatient, time-conscious, insecure about their status, competitive, hostile, and aggressive. They are often considered workaholics and are not very good listeners, and Christian ministries are filled with them.

Vulnerability is the state of being open to injury, or appearing as if you are. It might be emotional, like admitting that you’re in love with someone who might only like you as a friend, or it can be literal, like the vulnerability of a soccer goal that’s unprotected by any defensive players.

Reasons why we fear vulnerability

Until you learn to be vulnerable and are willing to show your followers that you’re not perfect, you will never gain their trust. Success is not the absence of failure, Rather how we move through failure and admit our weaknesses in the journey.

?Success is never final.
Failure is seldom fatal.
It is courage that counts.?
CHURCHILL

?Success is surviving failure after failure without losing enthusiasm.? Churchill

?It will look better in the morning? It is an attitude
?Perpetual optimism is a force multiplier?
Never get too down or too up

?Nothing in the world can take the place of persistence. Talent will not; nothing is more common than unsuccessful men with great talent. Genius will not; unrewarded genius is almost a proverb. Education will not; the world is full of educated derelicts. Persistence, determination alone are omnipotent.? (Bennis and Nanus, Leaders?The Strategies for Taking Charge, Page 45)

We live in times of change!! I used the Slinky as my analogy for this podcast!

?In times of change? learners inherit the earth, while the learned find themselves beautifully equipped to deal with a world that no longer exists.? Robin Cook, Abduction

The Difference between Resilience and Persistence

Persistence is the ability to stay in the game, to not quit, to hang in there. It?s the attitude needed for the long haul?the recognition that success in our business is not a hundred-yard dash, but a marathon.
Resilience is about our capacity to bounce back from difficulties, disappointments, heartbreak, and hard times.
Resilience is critical in ministry, business, leadership and in our lives. Persistence keeps us in the race, but resilience returns us to the right path when we get knocked off course, even knocked to the ground.

Bren? Brown, In her bestseller, The Gifts of Imperfection, lists the 5 most common factors in resilient people.

Learn to be soft, spongy and flexible!!!

My definition: When the leader cares more about the good of the team than his or her success.

Shepherd Analogy
Why did Jesus use the shepherd analogy for leadership? I think He used it because shepherds keep a lifelong commitment to stay with their sheep. It is a life of sacrifice.

In his book While Shepherds Watch Their Flocks, Timothy Laniak interviewed shepherds all over the Middle East. In Jordan, he asked a bedouin, ?What does it take to be a shepherd?? Sitting in his tent, the shepherd replied, ?What really matters is that you have the heart for it.?

Peter, who was trained by Jesus and had his feet washed, got the lesson!

1Therefore, I exhort the elders among you, as your fellow elder and witness of the sufferings of Christ, and a partaker also of the glory that is to be revealed, 2shepherd the flock of God among you, exercising oversight not under compulsion, but voluntarily, according to the will of God; and not for sordid gain, but with eagerness; 3nor yet as lording it over those allotted to your charge, but proving to be examples to the flock. I Peter 5:1-3

Here are the primary differences between servant leadership and self-serving leadership:

Delegation is really an issue of respect, and how much we respect those that are ?under? us on our team. With responsibility comes the authority to do a job. If you respect people, you will give them authority with responsibility. Even if you have difficulty respecting the people you work with, you can still set a good example for them by being respectful, and allowing their responses that do not come from a place of respect show their true colors.

Leading and Managing Both are Key to Effective Leadership

“The distinction between leading and managing is a subject of ongoing debate. Leading is often characterized as the more glamorous job: leaders guide, influence, and inspire their people while managers implement ideas and get things done. But leaders who focus exclusively on coming up with big, vague ideas for others to implement can become disconnected from their team or organization. Avoid being a “big-picture only” leader. Make decisions and develop strategies that take into account the real-world constraints of cost and time. Stay involved with the details of implementation. Sure it’s easier to come up with ideas and tell others to make them so, but you also need to roll up your sleeves and understand what it takes to make those ideas a reality.? – Harvard Business Review by Robert Sutton who has conducted extensive research on effective leadership.

I ? Integrity ? The character of the leader

The word character comes from a Latin word that means a mark or a distinctive quality. For example, one character in the alphabet is the letter s, which is unique from any other symbol. In terms of people and personalities, character is ?one of the attributes or features that make up and distinguish an individual.? Another definition I like is this: ?The complex of mental and ethical traits marking and often individualizing a person, group or nation.?

?In reading the lives of great men,? Harry Truman said, ?I found that the first victory they won was over themselves. . . . Self-discipline with all of them came first.?1 Character is a number-one issue in leadership.

In the words of John Maxwell, ?Your gifts and skills might get you to the top, but only your character will keep you there.?

Coach John Wooden, who led the UCLA Bruins basketball team to ten national titles in twelve years, emphasized character as the key to his success with his team: ?Be more concerned with your character than with your reputation. Your character is what you really are while your reputation is merely what others think you are.?

As I have watched a lot of other leaders rise through the ranks, I have seen an interesting pattern. The more gifted we are, the more talented we are, the greater our education, then the more tendency there is to rely on those skill sets to lead?not our hearts. Those gifts will carry us for a while, but sooner or later there comes a reckoning. And if that reckoning does not come, neither will truly great leadership.

Make a Mark ? Leave a Legacy

I think that ultimately as leaders we want to make a mark and leave a legacy. Some of us will leave bigger marks than others, but we will all leave a legacy. When we are young, it is mostly about making a mark. When we get older, it seems more about leaving a legacy. The two ideas are actually connected at the hip. We create our legacy as we leave our mark. Our legacy will be remembered; by those we led, as positive or negative. On the positive side, they will think of us as having a good heart and taking them to great places they could not have taken themselves. They remember that we cared about the people, not just the task. On the negative side of the ledger, some leaders leave and the followers throw a party. ?Yea, she is finally gone!? She only looked out for her own career, and her heart was never really with us. She used the position as nothing more than a stepping-stone.

In the end, I want to be remembered by the kind of person I was and the difference I made. One of the greatest brief leadership tributes in the Bible is stated about King David. Here was a man mighty in gifts; talent, looks, personality and personal strength. But look what comes through about his legacy. The thing that David knew, and that Moses learned, is that God uses humble leaders who rely first on God and lead with a humble heart. King David was remembered as one of the greatest leaders of God?s people.

?And David shepherded them with integrity of heart; with skillful hands he led them.? Psalm 78:72

Announcement – this will become my 10th book – I am excited to provide this resource especially to new leaders.

Action item: Please let me know how one of these ten topics spoke to you or helped you. You might get into the new book as I share in each chapter a real life story of leaders helped with these principles. hansfinzel.com/engage
Ask for your free audio book if you like!

All Posts »
PrevPrevious73: Learn to Lead: Ten Skills Every New Leader Must Master: Power of Pride ? Part 2
Next75: The Bookend Show – The Podcast SeriesNext